Snapshots were an ever-present method of recording family events — his mother began the practice in her early twenties.  James followed suit until the cost of film and processing got just beyond the reach of his budget.

After marrying Pam Pontious (a soft sculpture artist and photographer) he took up the recording of events by snapshot.  Previously, he had wondered about the art possibilities, thinking he would like to do “Art”.  Digitalization of photography burst in and James watched artist friends use small cameras to record events.   Using a Sony CyberShot aim-and-shoot, he captured a photo that in 2008 said, “Now you know what you need to do when you retire — sell your photos!”

After he retired from library work in 2010, he started Dwin James Photography, established a website (dwinjames.com), an online store (dwinjames.etsy.com), and a presence on Fine Art America (james-e-weaver.fineartamerica.com).  And ultimately came into the Guild’s Art Market. 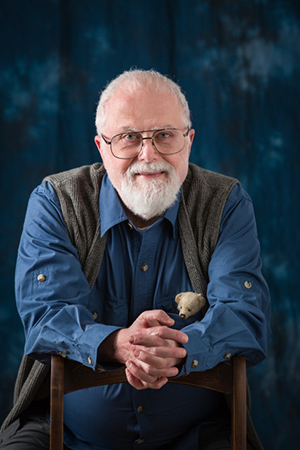